Scottish Women's Rural Institute's Shetland Federation recently held their annual show in the Town Hall, Lerwick. I was a little late in getting there so had time for just a very quick look round before the prize giving began. There was a huge range of items on display - tatting, crochet, patchwork, knitting, weaving, felting as well as a selection of baking, flowers, vegetables, fruit, photos etc. I am bound to have forgotten something from the list. Too many people made photography difficult, but I did get these two photos of things knitted using left over yarn. 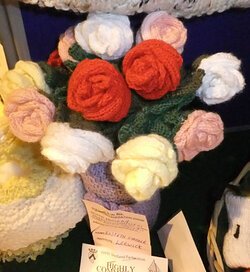 the vase and flowers were all knitted 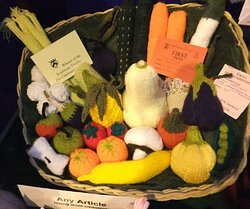 In the side room were displays from the various Institutes. It was quieter here so I had more time to look and appreciate the work. Individual members collaborated to create their Institute's display around the theme "On your head be it". All were quite different and displayed a variety of techniques. The following photos show some of the entries. 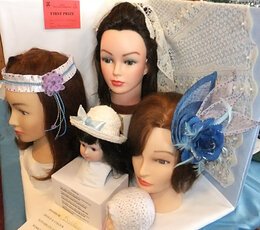 On Your Head Be It - first prize 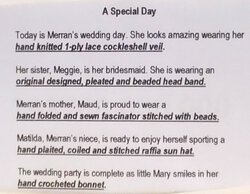 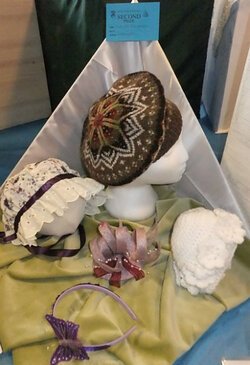 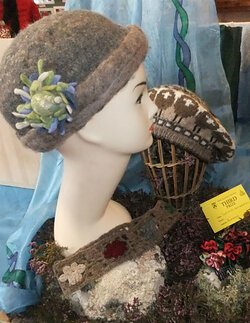 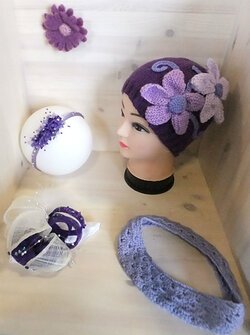 another "On Your Head Be It" entry 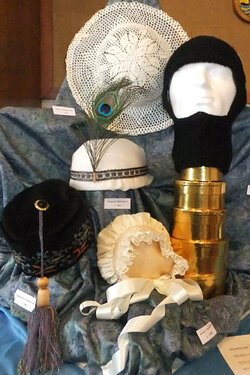 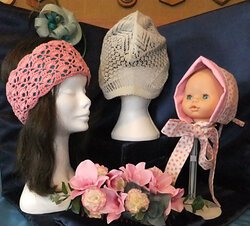 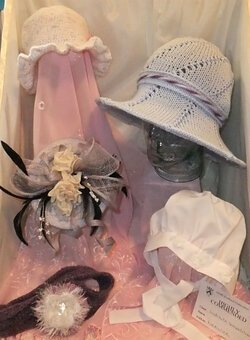 The SWRI is an excellent way of trying new things, and I have heard of weekend retreats where laughter is as important (and valuable) as the learning. I was a member until the Aith Institute closed some years ago but since then my involvement has been limited to visiting some Institutes to share my knitting experiences and, earlier this year, to judge a competition.

I think it is time to re-join.